WHY BELGIUM IS TRANSLATOR’S PARADISE?

It is very hard to know how Belgium can be described. This small enclave is nestled between Germany, France, Netherlands, and Luxembourg. With its almost 11 million inhabitants and 3 official languages – Dutch, German, and French, this famous and flat country can be a linguistic and institutional center. Yes, this is absolutely right. This land of chocolate and beer has three, not two, official languages.

Belgium, which is divided between Wallonie and Flanders, contains three linguistic communities correspond to the territory zones where there are three languages spoken: french community in the south, a Flemish community in the north, and Germanic community – representing as less as 1% of the overall population – along with the border of Germany.

An estimated figure of only 39.5% population in the multilingual society speaks both the Dutch and french (Jonathan van Parys, 2006), the primary languages of the country, and thus create a large market for interpretation and translation purpose. Its capital, Brussels, also plays a very important role in this field. 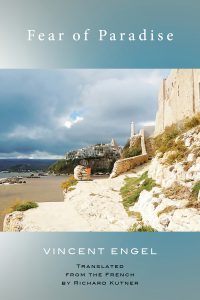 This capital is a special case. Sitting on the roads of Dutch and French, almost everything is translated in this capital, from the road signs to admin related documents and to advertisements,  event announcements, even all kinds of meetings. For translators who are working on Dutch and French, there is no better place than that. They serve as a critical link in a chain of communication between a number of players in the metropolis.

THE HEART OF EUROPE – BRUSSELS:

The translation market of this town extends to other languages also. Being the capital of the European Union, Brussels is a home to a number of expats from all over the world. The importance of the translators and interpreters they play in this linguistically and culturally diverse environment is impossible to underestimate. In addition to Dutch and French, you can also hear Arabic, German, Spanish, Chinese, and host of the other languages.

We cannot resist saying that the multiculturalism provides a windfall for all the translators and interpreters. They have the main task of translating a number of exchanges between foreign delegations as well as their presence is indispensable in the meetings of a number of international institutions, organizations, based in the capital. Brussels serves as a business hub and a center point for European politics and negotiations. So, in this context, the representatives of translation profession are the true guardians of a successful communication at the international stage. On the other hand, the field is lacking in professionals dealing with unique language pairs, like Hindi-French and Latvian-Dutch.

INHABITANTS AND NATIONAL LANGUAGES OF BRUSSELS:

For the inhabitants of Brussels as well as for the population of Belgium, knowing the primary language of both the countries is highly recommended. Moreover, mastery of Dutch and French is usually required if professional and business fields.

As bilingualism may be more common, everyone cannot just slip into the translator role. The fact is that translators are equipped with specific skills that every bilingual speaker may not possess. For medical, technical, institutional and legal translations, contacting the professional in the required language pair is a must.