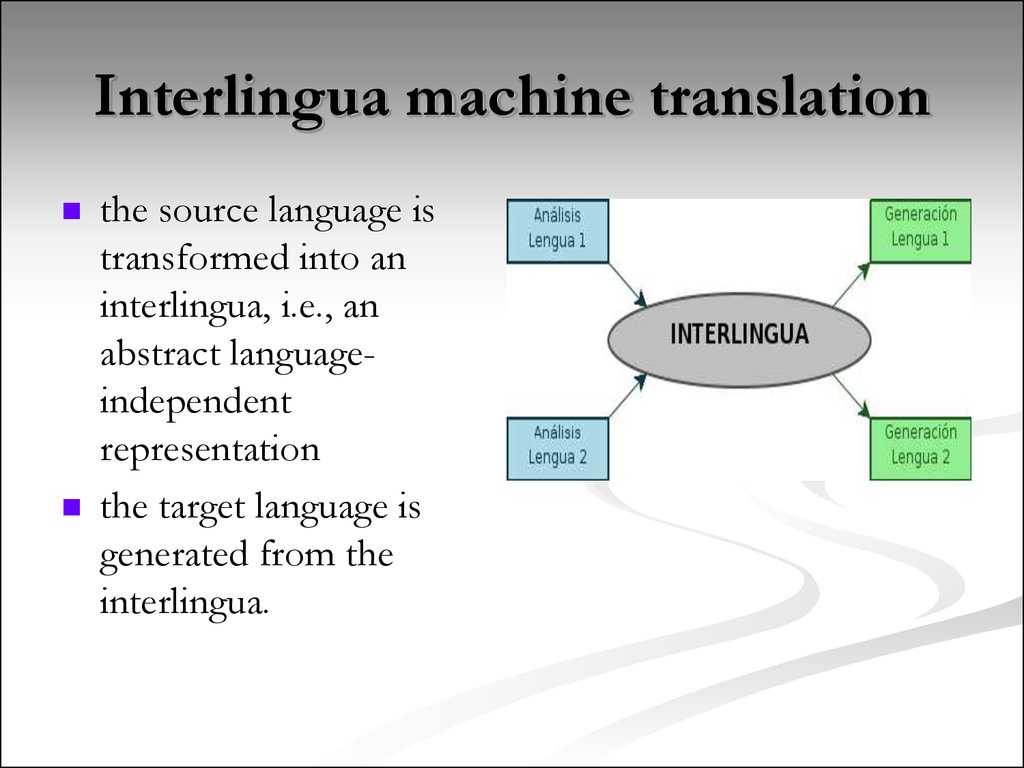 In this world, where hundreds of language are in place to communicate, there is a need to shrink the language barrier so that people can interact fully. There are many techniques that are applied to have unique language translation machine. Such machines will fulfill the needs of translating multiple languages in the quickest way. Without these machines, the communities of this world may remain isolated from each other, because of the language barrier.
One of the approaches for such translation is Inter-lingual Machine Translation. This is an alternative to the transfer and direct approach. 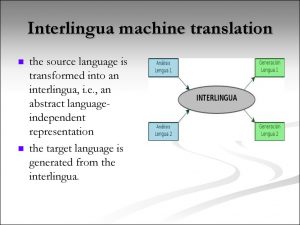 The concept of Interlingua
In IMT, the content to be translated in converted into an Interlingua. This is an abstract, a summarized and mathematical language version. It has the ability to describe the characteristics of the languages which you are going to translate, rather than simply translating from source language to target. The desired language is generated from that Interlingua.
At times, there are two interlinguas used in translation. In this case, the first one covers the maximum characteristics of the SL, and the second one contains the characteristics of the TL. In this process, the text from one language is translated into the text of other language using two intermediate stages. It can be also being handled if second Interlingua contains a vocabulary that is specific to a particular domain, so improving the translation quality.
Linguistic Proximity
The system mentioned above relies on linguistic proximity. It means that a text is analyzed first and then translated to other languages using structural similarity. The system is used to improve the quality of translation and is also used for pivot machine translation. In this kind of translation, a language is used as a bridge between two languages. For example, to translate from Ukrainian to English, Russian is used as an intermediate language.
Pros and Cons of Inter-Lingual Machine Translation
The Inter-lingual approach has some advantages and disadvantages. IMT is useful because it needs few components to understand for translation from source to target language. While adding a new language, being able to translate to the Interlingua is sufficient. The approach also allows the producer and analyzer to be written via monolingual system developer. They just need to know the language which is to be used and to understand the Interlingua. Above all that, it also deals with languages that are different from each other.
The only disadvantage of the method is that the Interlingua is difficult to define properly. It can be defined one for a particular domain, but it is still impossible to have a unique definition of the term for a wider domain. Multilingual Machine Translation is the ideal context for IMT in a very particular domain.
Because of the evaluation of machine translation, the systems of machine translation and productivity can be reviewed in a number of ways. One is how well the translation may fulfill the intended use. Another one is about the nature of translation process as well as characteristics of machine translation software. The cultural and language patterns should be according to the people in the form of translated material. The software to be used for this process should generate a high-quality translation that is close to the original content.